Mortgage rates fell to 2.92% this week, down from 2.99% the week previous, according to new Mortgage Bankers Association data released Wednesday.

Mortgage purchases and refinances ballooned this week as the average mortgage rate fell from 2.99 percent to 2.92 percent for a 30-year fixed-rate mortgage, a record low for the Mortgage Bankers Association’s weekly survey.

The unadjusted mortgage purchase index was up 19 percent year-over-year, while the refinance index was 79 percent higher than the same week last year and at its highest rate since April. 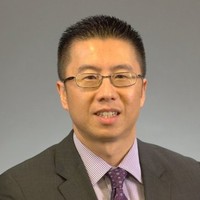 “Weekly mortgage rate volatility has emerged again, as markets respond to fiscal policy uncertainty and a resurgence in COVID-19 cases around the country,” Joel Kan, MBA’s associate vice president of industry and economic forecasting. “The decline in rates ignited borrower interest, with applications for both home purchases and refinances increasing on a weekly and annual basis.”

With the reported annual increase, mortgage purchases have been up year over year for six straight months, according to Kan.

Refinances accounted for 71.1 percent of total mortgage applications last week, up from 69.8 percent the week prior.

Did you know the hottest homes for sale in yourcity often sell within days of being listed? Don’t miss out! Set up your own custom property alert so you can be notified of the newest homes as they hit the market! Simply click the button below and choose the qualities that you want most in a home and save your search to start getting alerts today!

As a local Tenafly Real Estate Agent, I also have access to homes before they hit the market and can show you more homes and information that are only accessible in the MLS. If you would like to set up a time to go over your real estate needs, please free to contact me at your convenience. There is no obligation and or pressure… I hope to hear from you!